The owner of British Airways IAG has told the press that British Airways will become the first carbon free airline by the year 2050. Which means that the airplanes will emit any sort of carbon, making earth a pollution free environment.

As the activists of climate change are pressuring the people in power to take initiatives against climate change, British Airlines have finally taken a huge step and became the very first one to do so.

Although it is a big commitment to make but IAG himself made sure that they are taking all possible steps to make our planet an eco-friendly place to live, where everyone could live a healthy and peaceful life.

IAG also said that for initial steps they will start the “Zero Carbon Emission” project for domestic flights by the next year, 2020. He further told the media that they would invest in sustainable aviation fuel and replace the older airplanes with more efficient newly launched jets.

While most of the airlines uses cheap fuels and old jets to produce relatively bigger revenue, British Airlines have finally realized its time that they think more of the world than personal gains. In that regards, IAN told the media that they are trying their best to achieve Britain’s goal of achieving a carbon free economy by 2050 and UN’s goal of reducing global warming to 1.5 degrees.

Although aviation only adds to approximately 2% to the global warming each year but we believe that this could be a great and important step for the expulsion of climate change. These billion dollars company might not making as much money as they were but they will become a great example for those doing absolutely nothing against it and also adding to climate change in an adverse manner.

Neil Walsh in an interview said that these initial steps could result in achieving their goals even in a shorter period of time. He added that the Government would have to support these companies by increasing incentives for investment in technology. In this way more companies, other the British Airlines would take further steps to eliminate carbon from their systems.

He further added that these initial steps could help UN to achieve its goal of increasing world’s temperature to 1.5 degrees, in a shorter period of time.

If you are wondering to go on a warm vocation to relax yourself, then stop dreaming because flight to Hawaii are now cheaper than they have ever been. And most importantly, it isn’t just a way one ticket, it’s a return ticket. With less than $300 you can visit one of the most exotic state of US. 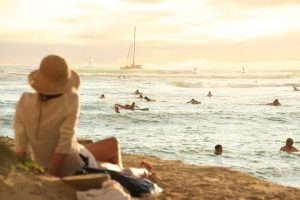 United Airline, Delta, and Hawaiian are providing their own cheap deals with restrictions and payments so make sure you check all of them to get the best deal out of them all.

Don’t get too excited yet, because there are other deals going on as well like the return ticket for Kona and Honolulu under $350. But this offer is for those residing in Los Angeles.

Whereas, if you are living in Newyork, the flight to Kona and Maui could cost you between $450 to $500. 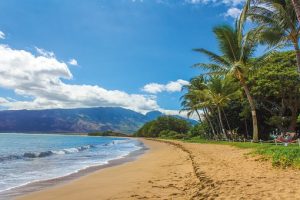 There is even better news for people living in Seattle. The flight to Kona, Maui, and Honolulu could cost them less than $300.

Even those living in Washington DC has got a fair amount of deal. They can now travel to Kona in for $481 and to Maui for $465. You can always Google the deals and compare them. Then whatever package you like the most, purchase it and spend these winter holidays in the warm island of Hawaii.

Almost all the Airlines are giving tickets on such a low price. It’s like they are in a race in which whoever comes last, wins. Do check out Alaska Airline, Virgin America, Hawaiian Airline, and United for better cheaper tickets to Hawaii.

Looks like Hawaii will be jam packed this winter. People from all over United States will be filling into spaces of each restaurant, hotel and beaches of Hawaii.

Stay tuned with us because even a bigger sale is expected on the tickets to Hawaii.

But while you’re planning a trip to Hawaii, do remember that the economy and business tickets of every airline differ from one another.

Even in the recent Hawaiian Fliht’s sale, United Airline is giving travelers of economy tickets to bring carry-on-bags with them, which they mostly forbids.

In addition to United Airline, Hawaiian Airline faces new competition, that is, South West Airlines, which has launched flights from California to Hawaii with additional flights launching in January.

South West Airlines have come up with the new idea of providing extremely cheap tickets to its passengers with as low as $50 from California to Hawaii. This is the one way ticket.

Even in this sale, Southwest Airline is the one with the cheapest ticket.